Impact of Automation on the Woodworking Industry 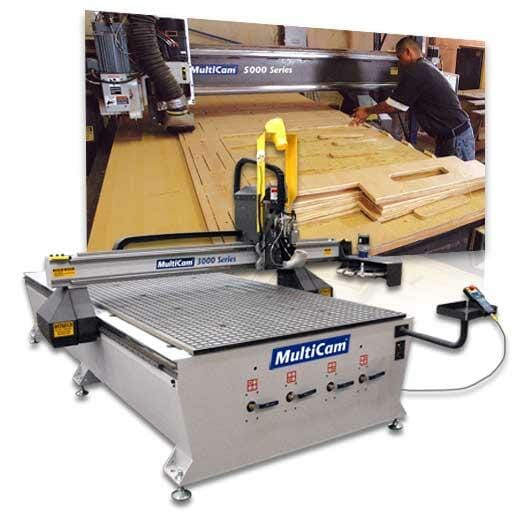 The automation of manual work processes has greatly impacted the Woodworking industry. The transition to automation began with the development of CNC cutting technology which helped to successfully replace the hands of a woodworker with a safer and more accurate computer controlled cutting head. CAD/CAM software programs also play an important role in the transition by making the entire manufacturing process more efficient by offering a user-friendly interface to help cut intricate shapes and patterns that can be repeated any number of times with an identical output.

The shift from traditional manual woodworking processes to CNC cutting technology offers many considerable benefits to those making the switch. For employers wishing to implement this technology in their manufacturing operations may create several lasting impacts. Firstly, there will be considerably less strain placed on shop-workers due to the inherent flexibility in CNC routing machines, ultimately increasing the operational capacity of the company. In addition, by utilizing CNC technology, a shop significantly reduces the probability of human errors, leading to a reduction in scrap materials and an increase in product quality. Other benefits, such as a reduced likelihood of worker related injury, also become prevalent. CNC routers, much like those sold by MultiCam Canada, are known primarily for the precise cutting accuracy they offer while operating on either a 3 axis or 5 axis platform. CNC routers and CAD/CAM software can design and cut small complex engravings in addition to larger scale projects, which is a task that may be difficult for a traditional woodworker to accomplish. Increased production demand is a primary reason why many woodworkers have chosen to upgrade to CNC technology. The initial investment may make some potential users weary, but as many woodworkers are discovering, the increase in production and quality justifies the purchase in the long run.