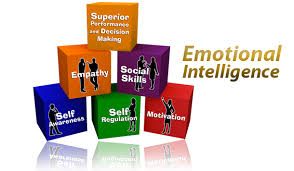 Recently we have been featuring articles that were written with a specific industry in mind. This is great because it allows the content to be a little more specialized but we wanted to ensure that our next post was applicable to everyone. The study of Emotional Intelligence is a relatively new field, however its findings are applicable to all industries, positions within a company and is equally relevant for our professional and personal lives. In his excellent article on Emotional Intelligence Travis Bradberry delves into the findings of Emotional Intelligence, discusses its link to work performance and how we can improve it.

Emotional Intelligence Is the Other Kind of Smart.

When emotional intelligence first appeared to the masses in 1995, it served as the missing link in a peculiar finding: people with average IQs outperform those with the highest IQs 70% of the time. This anomaly threw a massive wrench into what many people had always assumed was the sole source of success—IQ. Decades of research now point to emotional intelligence as the critical factor that sets star performers apart from the rest of the pack.

Emotional Intelligence Is Linked to Performance.

Emotional Intelligence Can Be Developed.

“Plasticity” is the term neurologists use to describe the brain’s ability to change. Your brain grows new connections as you learn new skills. The change is gradual, as your brain cells develop new connections to speed the efficiency of new skills acquired.

Using strategies to increase your emotional intelligence allows the billions of microscopic neurons lining the road between the rational and emotional centers of your brain to branch off small “arms” (much like a tree) to reach out to the other cells. A single cell can grow 15,000 connections with its neighbors. This chain reaction of growth ensures it’s easier to kick this new behavior into action in the future. Once you train your brain by repeatedly using new emotional intelligence strategies, emotionally intelligent behaviors become habits.