How Plasma Cutting Has Changed Over The Years 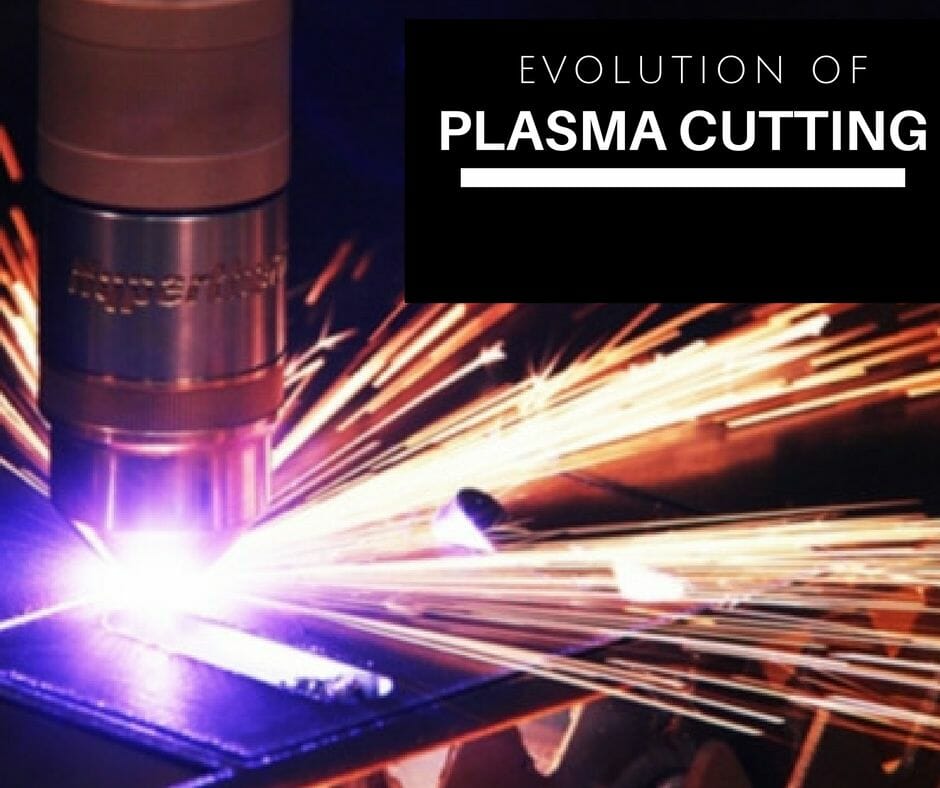 Author Jim Colt, of thefabricator.com, posted an informative article called “The Evolution of Plasma Cutting”. We summarized the article below, but you can read the full post here: http://www.thefabricator.com/article/plasmacutting/the-evolution-of-plasma-cutting

Plasma cutting technology was developed in the late 1950’s, and it has come a long way since its introduction. Today, it is one of the most widely used metal plate cutting processes for a large variety of industries. Early plasma systems were primarily used for cutting stainless steel and aluminum plate, these systems primitive by today’s design standards, were the most practical method for cutting heavy nonferrous plate.

Through the continuous work of engineers, the process was improved in the 1960’s (specifically improving cut quality and life of the consumables), which lead to the technology gaining momentum during this period as users started to become aware of its ability to cut complex shapes in nonferrous materials at high speeds.

In 1968 radial water injection was introduced.  This patented nozzle technology used pure water injected radially around the plasma jet to constrict the arc, increasing its energy density while improving nozzle cooling and thus allowing faster cut speeds, higher-quality cuts, and the ability to cut carbon steels at speeds four to six times faster than an oxy fuel cutting process. And through the 1970’s, plasma cutting technology began replacing many oxy fuel based steel cutting applications from 0.25 to 1 inch thick, while still maintaining its stronghold in the stainless steel and aluminum markets. In 1992, long life oxygen process technology was introduced. This helped to increase the typical oxygen plasma consumable parts life by four to six times, improved parts consistency and helped lower the cots of plasma cutting. 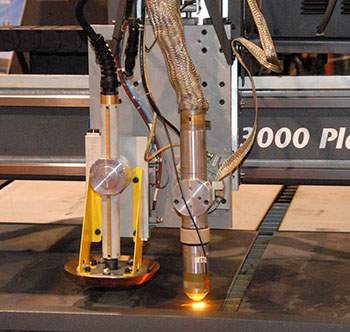 Fast forward to present day, developments in plasma cutting technology have come at a fast pace. New CNC’s have touchscreen accessibility, minimizing the number of buttons involved in operating a plasma cutting machine and making operation a lot more simple. This has led to operator training being simplified on even the largest, most complex CNC plasma cutting systems. Hole cutting has been improved with a large database of information in the CAM software that automatically recognizes CAD features and implements the best possible cut path and plasma cutting parameters, including on-the-fly shield gas changes that nearly eliminate the normal taper found in plasma-cut holes on steel. Nesting software now applies the lead-in points in the most effective way to avoid traversing over areas prone to collisions with previously cut parts. The list of improvements is almost endless, and all these advances have led to an improvement in reliability, performance, consumable life, cut quality and ease of use. Click here to check all our CNC Plasma’s, from the V series to the 6000 series, which feature all the latest technology and will allow you to improve your manufacturing workflow through increasing efficiency.