Get Creative with Xanita Board

If you’re in the display or fixture world and you’re looking for an environmentally conscious, cost-effective, and versatile material, consider Xanita board. Xanita is made of post recycled paper products and sugar cane waste. It can come in a variety of standard dimensions and thicknesses, depending on the type of Xanita board you choose.

There are a three varieties of Xanita:

Xanita board is fairly straightforward to cut with your CNC digital knife systems, or router system with knife attachment. To cut Xanita board efficiently you’ll need: 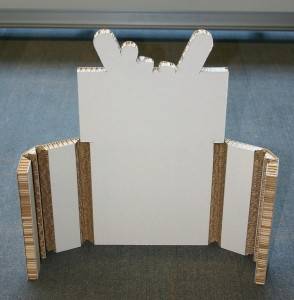 Other useful cutting tools that can help are:

When designing your project it’s helpful to first decide on the function, then the approximate dimensions. That will help you decide which kind of Xanita board is best for your application. 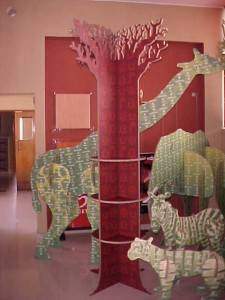 After cutting your Xanita board you can add additional features and accessories such as edging. Xanita has created a special PVC-based “C-Edge” which can be easily glued onto your display or project. Edging adds an aesthetic appeal and can increase longevity.