A Good Time for Manufacturers

In recent news, Jim Flaherty, Canada’s Minister of Finance, has extended a $1.4 billion in tax relief for Canadian manufacturers over the next two years.  This relief was promised in the last federal budget in March 2013. Those manufacturers investing in new equipment and machinery now have the accelerated capital cost allowance program extended to the year 2015.  This program allows manufacturers to write-off eligible investments faster, which results in higher annual tax deductions from income over a shorter period of time.  Those in the industry can then remain competitive in the current environment with the retooling of new machinery and equipment.  Instead of a steady declining depreciation rate, the program involves 50% straight line depreciation, shaving years from the write-off of equipment.  This program has been used by an upwards of 25,000 businesses in the Canadian manufacturing industry. 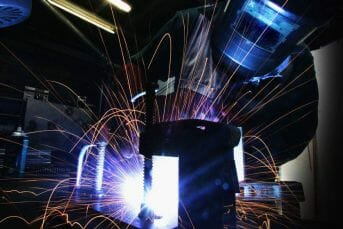 These breaks have been seen as especially beneficial since the percentage of Canadian manufacturers investing in new machinery has gone up tremendously since 2010. In the years between 2010 and 2011, the investment of new machinery and equipment in Canada rose from just over 11% to 24.7%.  “The measures…not only makes Canadian manufacturers more cost competitive but their future is going to depend on the investments they make in new products, new markets and new technology,” said Jayson Myers, the head of the Canadian Manufacturers and Exporters association.

Although the economy has taken a slight downturn in June this year, following floods in Alberta and strikes in Quebec, Statistic Canada reported recently that manufacturing sales actually picked up in July to total $49.5 billion – recording gains in 15 of the 21 industries tracked.

With the manufacturing industry still seeing growth, and now having a beneficial extended tax relief, it is the ideal time to invest in capital equipment for competitive growth in the short term, and a continued promise of return for the future.