In order to shape thicker steel, one fabricator shifts away from manual cutting methods 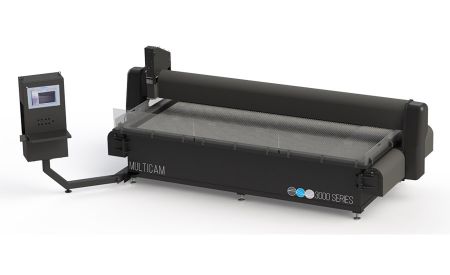 May 2018 – Whether fabricating a 6,000-square-foot addition to the BC Cancer Agency in Vancouver, or steel towers to reawaken a city’s downtown, Viaduct Sheet Metal Ltd. couples design with finished product. The 30-year-old specialist in commercial property and high-rise residential work transforms steel and aluminum.

It wasn’t until a few months ago that the sheet metal fabricator turned to waterjet cutting technology to strengthen its competitive edge. According to Shop Manager Danny Hawes, acoustically lined duct has traditionally been fibrous material. “But as the industries moved toward non-fibrous material, we needed a new and accurate way of cutting that material, which was solved by the waterjet,” explains Hawes. 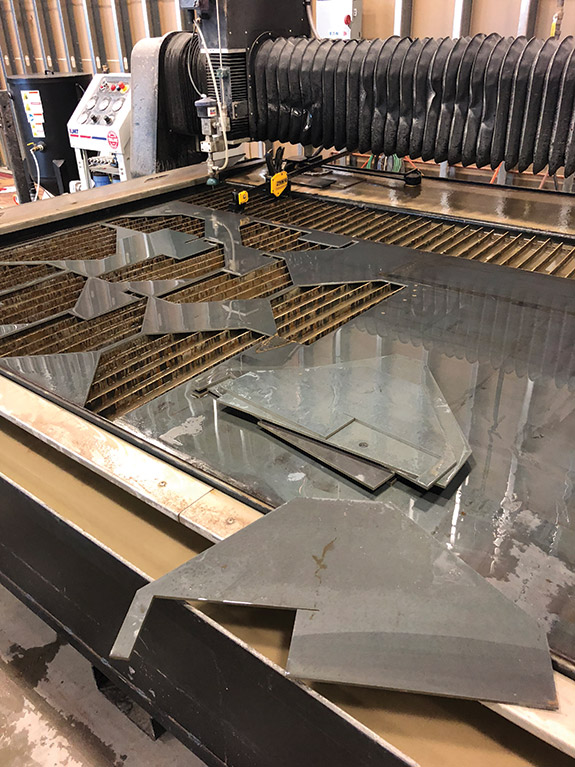 Viaduct Sheet Metal used to farm out waterjet cutting jobs. Now it can cut parts like these from 5⁄16-inch-thick steel in house and turn it around in days rather than weeks.

“We needed a cutting method that would be able to handle nonferrous metals as well as other materials such as plastic, glass, foam and rubber,” he says. “We were cutting everything by hand and as we try to tap more into the steel market, we needed a faster way to cut accurately.”

Viaduct Sheet Metal purchased a Multicam 3000 Series waterjet cutter with a Triline direct drive pump to cut heavier steel plate, including 1⁄4-inch to 1⁄2-inch-thick plate. “Waterjet is more accurate than the plasma cutter we used previously,” Hawes says. “We used to farm out our waterjet cutting jobs; that would cost us three weeks of time. Now, with it in house, we can turn jobs around in three days instead of three weeks.”

The Multicam 3000 Series features include C-channel guttering, which is heavy channel guttering integrated into the box-style water tank, providing rigidity to the tank and machine. The guttering is plumbed to the Weir settling tank for removal of overflow and spray-back water residue. 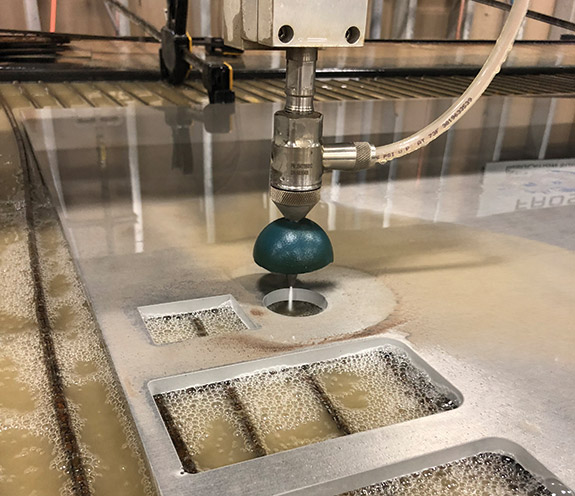 Hawes says in addition to cutting accuracy, the ability to couple the Multicam with its existing Autodesk software shortened the learning curve.

Multicam waterjet systems come with Coreo open architecture software that allows the user to integrate with many popular softwares, including Autodesk, says Multicam’s Kris Scherm, group product manager – fabrication. “For many end users, this is critical because the Multicam is often one of several types of machines the shop must operate,” he says. “Multicam offers direct purchase of several software packages, as well as individual posts that may be purchased, to integrate their new Multicam into existing enterprise style software packages or industry specific software packages.” 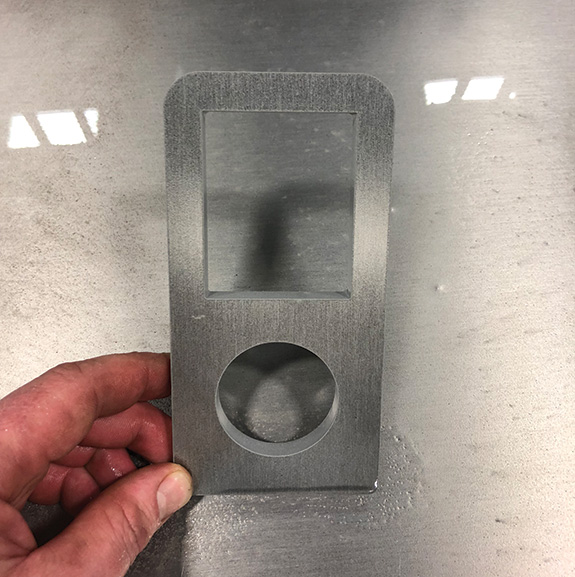 Multicam developed a calibration module so users can calibrate the head to pinpoint accuracy. Viaduct cut these 3⁄8-inch-thick aluminum pieces on its new waterjet.

The user can also adjust for garnet flow with Multicam’s programmable garnet feeder. “For many applications, more garnet is not better and only costs money,” explains Scherm. “Actually, it would cost a lot of money if the operator does not have the ability to modify the flow of garnet to match the requirements of the nozzle or job being processed.”

Software is intended to make the user’s job easier. “Software is everything,” Scherm says. “It makes [not only] the operator’s job easier, but training new employees easier, and makes process control easier.”

Multicam has developed a calibration module, included with all 5-axis heads, that allow the end user to mechanically calibrate the head to pinpoint accuracy, Scherm says. 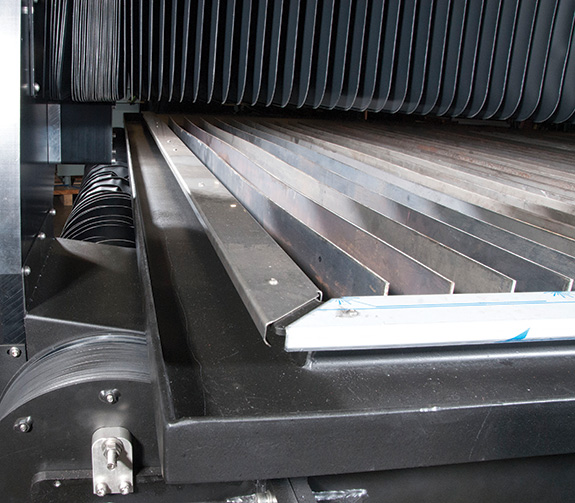 Multicam waterjet systems come with Coreo open architecture software that allows the user to integrate with many programs including Autodesk.

“This further allows the end user to take advantage of accurate 5-axis programming for accurate results. This Multicam calibration combined with fully integrated IGEMS software allows for some amazing results in 5-axis work,” he adds.

“Since we installed the Multicam, our sales team is receiving more calls for jobs we wouldn’t have gotten before,” Hawes says. “We made this investment with the hope that it will improve our lead time in the industry so we can add more business—it’s starting now.” MM