Recently, CNC Technology has undergone several developments and advancements in its CNC cutting abilities, creating buzz in the CNC news world. The most prominent development of course, is the five axis CNC cutting option. 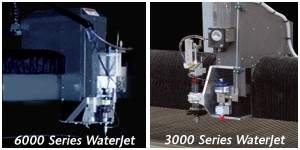 This refers to the ability of the CNC machine to perform movement at five different axes simultaneously. The average CNC manufacturer defines their machine movement at three primary axes: X, Y, and Z.

The introduction of the five-axis machining opens up the ability to machine complex shapes in a single set-up. It reduces the machinist’s set-up time and enhances production rates. This elimination of multiple set-ups will reduce initializing time and overall errors. In addition, the features-to-features accuracy is improved since the same datum reference frame is used throughout the entire manufacturing process. The benefits do not end there. Since simultaneous movement is allowed along the X and Y axis, shorter and more rigid tools can be used. Higher spindle and cutting tool speeds can also be attained while condensing the load on the cutting tool.  Shorter and thicker cutters also decrease vibration while machining deep pockets or contoured features with three axis machines.

Although a CNC WaterJet is already known for its wide range of cutting abilities, the five axis CNC Waterjet greatly expands the types of parts that can be cut. Complex multi-axis parts can now be processed easily with a CNC WaterJet. You may not be completely surprised by this new technology as the idea has been available for decades. The development was lagged due to the complexity of the programming. Now, these parts are becoming more and more available as the recent 3D CAD systems also make it much easier for the average person to design 3D parts. The timing is perfect considering that customers are now heavily looking for a versatile tool that can transform these designs and turn them into parts.