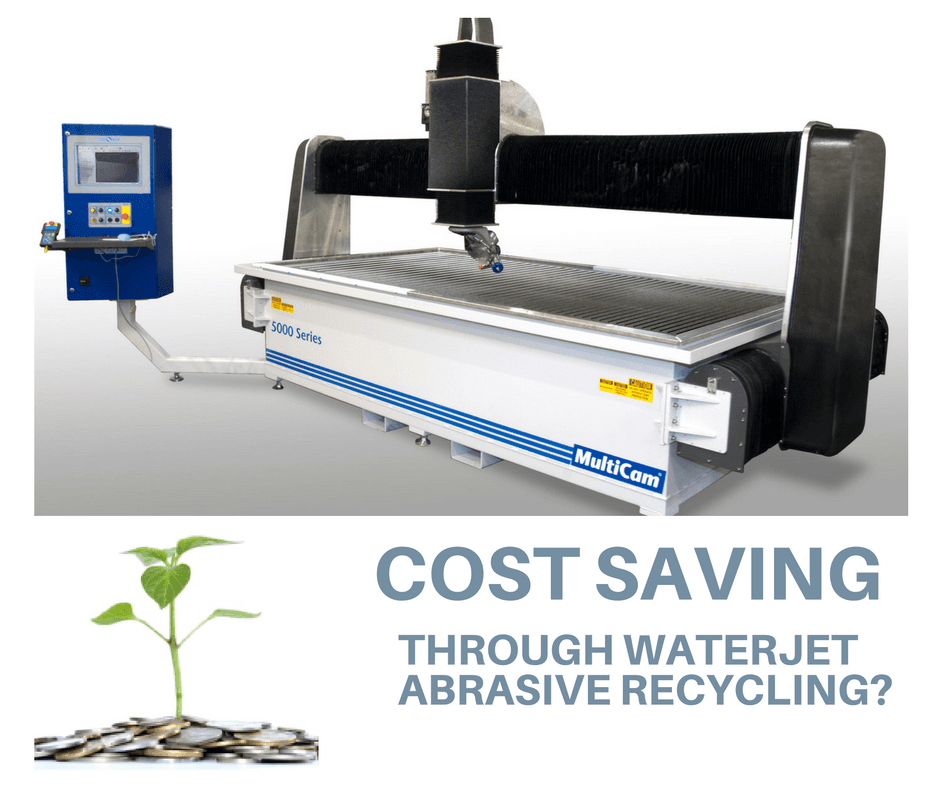 Posted on thefabricator.com, Editor Dan Davis discusses the potential of recycling spent abrasive as a way to increase cost savings. We’ve summarized the findings, but you can read the full article here: http://www.thefabricator.com/article/waterjetcutting/the-reality-of-waterjet-abrasive-recycling

With the ease of just shipping spent waterjet abrasive to landfills, not a lot of thought is put into attempts to recycle it. However, in today’s manufacturing world, companies are always looking for cost savings and one possible avenue for this is abrasive recycling.

Even as waterjet cutting has grown over the past several years, the abrasive recycling market has not. Most shops simply collect the spent garnet from the bottom of their tanks and deliver it to landfills. This reality is not the result of inactivity, as many companies have marketed waterjet recycling equipment that separate useful abrasive from spent abrasive using screening technology. The manufacturing market as a whole however, has not widely embraced the recycling equipment. Capital equipment cost may be a reason, along with the expense associated with running it and assigning an operator to it. Also, the yield may not be considered large enough, especially considering the price and availability of almandine garnet, the abrasive of choice for most fabricators that do waterjet cutting. While commodity supplies aren’t worrying manufacturers too much currently, they are becoming more sophisticated in how they look at total operational costs. In today’s market, manufacturers are looking at total costs which include the costs connected to something from the time it arrives at a facility to the day it is consumed or leaves the facility. This new approach has put a new focus on disposal cost. There is cost associated with collecting it, transporting it to a landfill, and then disposing it, which varies depending on where a manufacturing facility is located. If a shop could recycle it and be able to reclaim a third of the spent abrasive for reuse in the waterjet, the company’s managers might take recycling it more seriously.

As said before, the acceptance of abrasive recycling has been slow, but there is some evidence of it becoming more widely adopted. Troy Cain, owner of Garnet Recyclers in Washington has been building a profitable business in the last four years and thinks his model can translate to other geographic areas that have high amounts of waterjet cutting activity. Additionally, Ebbco has an abrasive removal system designed for the continuous removal of exhausted abrasive that is collected in the waterjet catch tank. These are just two examples of how waterjet abrasive recycling has started to become more feasible and relevant in today’s market, and based on this trend we can expect it to become a common practice to increase cost savings in the near future.