Proximity Sensors: Where they are and what they do 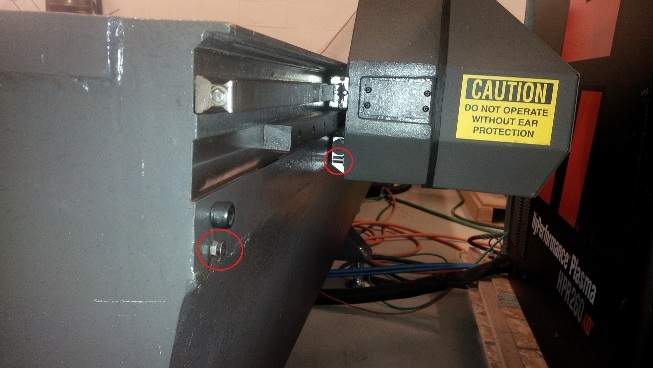 We often have customers come to us looking for parts but sometimes they’re not exactly sure what they’re looking for. In an attempt to ease the headaches of so many machine operators or owners, we’re committed to shining light on some of these innocuous little parts that might go unnoticed, that is of course until they’ve been damaged and you need to replace them. 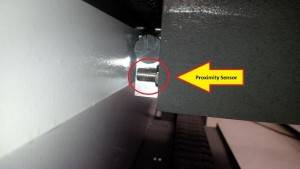 Proximity sensor on the MultiCam 3000 Router. This sensor is located on the X-Y gantry, and helps the machine detect the end of the cutting table. 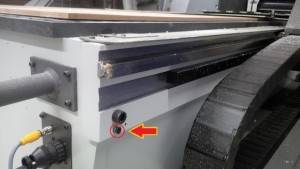 This iron-topped screw at the end of the 3000 Series Router is what the proximity switch will sense when it comes in close contact, thus triggering the gantry to stop moving.

On such part is the proximity switch or proximity sensor. There are a number of different kinds of proximity sensors on CNC machines but the general idea is that proximity sensors send a message to the machine when it’s reached a certain position. Inductive proximity sensors are used for non-contact detection of metallic objects. In a MultiCam machine, the metallic object is an iron flat-topped screw strategically placed at the end of the cutting table. The operating principle is based on a coil and oscillator that creates an electromagnetic field, closely surrounding the sensing surface. The presence of a metallic object dampens the oscillating amplitude, causing a change in the output of the sensor.

For example, there are proximity sensors for the XY axis, between the table and the gantry. As the gantry moves along the cutting table, the sensor will eventually pass in front of the iron screw. The screw will change the output of the sensor, triggering a signal that tells the machine that it’s reached the end of the table, thus stopping the gantry from moving any further. This type of sensor is used in the automatic homing function of a MultiCam CNC machine. The default home position is wherever the cutting head is located when the proximity sensor has lined up with its screw.

On MultiCam platforms there are also proximity switches on the z-axis and cutting torches (on CNC plasmas). Depending on the model, these sensors can detect torch height, aid in crash prevention, or provide ohmic sensing. 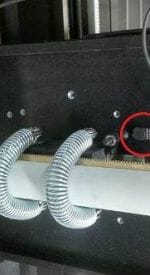 A view of the proximity sensor on the carriage. 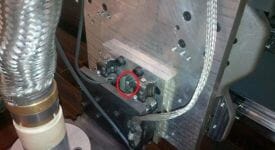 The proximity sensor on the carriage aids in material height detection. The carriage and z-axis also has a proximity switch in the back to aid in positioning.

These little sensors provide very important jobs and thus it’s important to know when they could be damaged. If you’re having trouble “homing” your machine then it could be that the proximity sensor has been damaged. The same can be said if your automatic torch height control isn’t sensing when the torch has hit the material. If you’re fairly certain that your proximity sensor has been damaged, replacement can be very simple (and fortunately relatively inexpensive). Simple proximity switches cost around $46 and proximity sensors (found on the z-axis on some models) cost around $63. Both can be found here. If however you’re unsure as to what is causing your homing issues, it’s best to contact your local technology center for some trouble-shooting help.