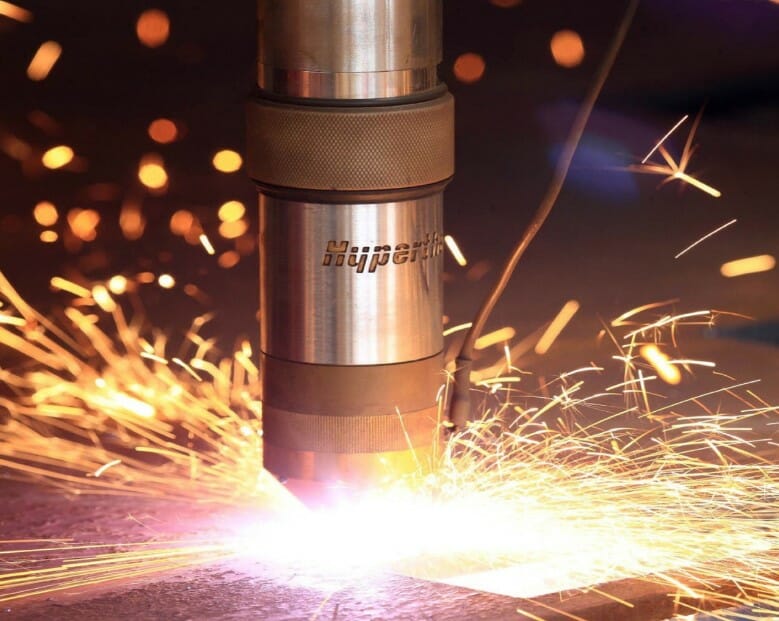 When it comes to cutting steel, Oxyfuel cutting has been the preferred technology but in recent year’s plasma cutting technology has grown and become a viable and a popular means of cutting in several industries and in many applications.

Below are 5 advantages that Plasma cutting can help businesses become more profitable due to cutting speeds that are faster, enhanced cut quality, greater productivity, lesser rework and improved versatility, all of which reduce costs significantly.

The speed of Piercing:

For several kinds of applications, internal piercing is required, oxyfuel cutting can cut steel of 15mm thickness in 30 seconds as the metal requires pre-heating to around 1000°C. However, Plasma cutting takes less than 2 seconds to pierce metal of the same thickness.

Many operations require cutting of a lot of different kinds of materials. As plasma cutting is a process that uses the electric arc for cutting, it is easier to cut electrically conductive metals such as mild steel, copper, aluminum, stainless steel, etc. Furthermore, plasma cutting can be used to cut a stack of plates. All these things are not possible using oxyfuel cutting. Hence, plasma cutting is extremely versatile.