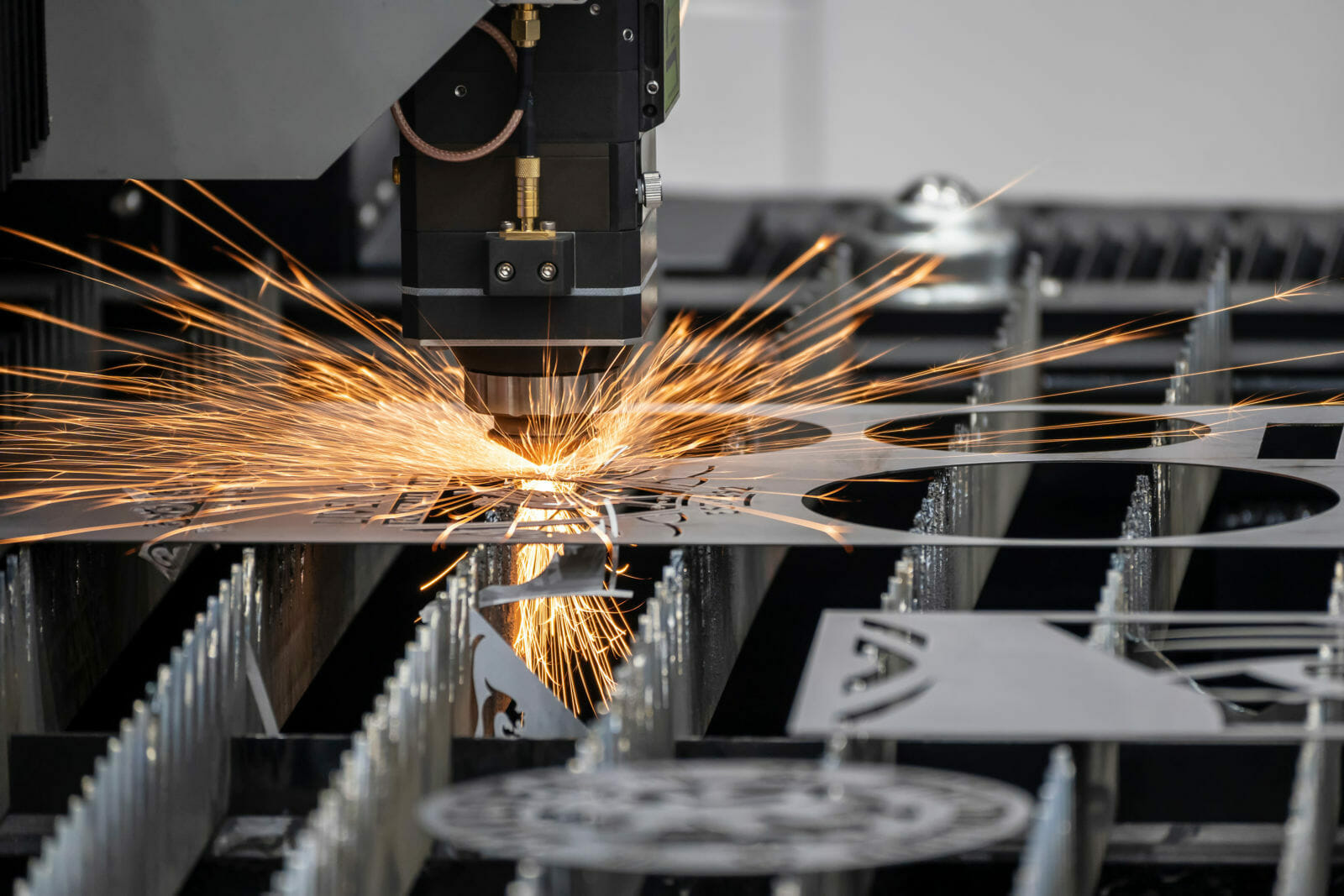 From cutting to welding to ablating, the laser’s potential continues to grow

A laser beam is a remarkable thing. A continuous-wattage laser beam has energy densities more than 4 trillion times higher than the sun’s focused energy, and manufacturers have determined ways to utilize this extraordinarily high power density to do everything from cutting and welding sheet metal to drilling holes in PCB boards.

Lasers can cut, join, and subtract material. They can even add material via laser metal deposition or 3D printing. We can vary power levels, pulse frequencies, and energy densities via beam diameter manipulation, among other ways, all so that the laser beam can induce the right material reactions for various processes. Truly, the laser’s use to industry is vast and varied.

Different materials interact differently with various wavelengths of light, making some laser sources more efficient at processing certain materials than others. For example, one of the known benefits of cutting metal for industrial applications with 1-μm-wavelength lasers is the increase in speed when compared to cutting with CO2 lasers. Much of this comes from the high absorbency of that wavelength of light into, for example, carbon steel (see Figure 1). A small beam of light effectively absorbed into the steel being cut translates directly into higher speeds when fusion cutting (that is, cutting with a nonreactive gas such as nitrogen) in carbon steel.

During cutting with a solid-state laser such as a disk or fiber, the focused beam diameter, combined with the high absorption percentage of the laser’s emission, allows for very fast cut speeds. This performance bump over CO2 is seen primarily in thin to medium-thick materials, with the advantage shrinking as material thickness grows. The diameter of the beam can be controlled to an extent via such things as light collimation or by shifting the position of the focusing lens, but there’s a limit to how large or small a beam can be produced.

To mitigate this, it is possible to choose a larger core diameter. The downside to this, of course, is that the minimal beam diameter becomes much larger than what the smaller core can provide. Although quality and process reliability improve substantially, speed in thinner materials is compromised.

This is where the dual-core fiber can help. One core of a small diameter is installed coaxially to a core of a large diameter. A programmable shutter changes which core is active. Such a fiber is designed to make a laser cutting system achieve high speeds in thin materials and high quality and reliability in thicker materials.

Beam Diameter and Focus in Welding

Beam diameter serves another function when welding. While not new by any means, laser welding has a lot of appeal, both at job shops and OEMs, because of its potential cost savings from less rework; greater engineering flexibility; and the elimination of expensive, time-consuming downstream processes like grinding and polishing.

In sheet metal, laser welding occurs in two primary ways: heat conduction welding and deep-penetration welding. Heat conduction welding uses a strongly defocused beam situated above the workpiece. The beam’s focus position typically ranges from 6 to 12 mm above the workpiece surface, but it can be as high as 25 mm. The process heats metal above its melting temperature without vapor formation. Power densities range from 104 to 105 W/cm2 and depend on the thermal conductivity of the metal; carbon and stainless are easier to weld with this technique than is aluminum, for example.

While heat conduction welding presents a highly aesthetic weld seam—positioned perpendicular (90 degrees) to the laser beam, though there is some angular flexibility with a compromise to penetration depth—the efficiency of the process is somewhat poor. When the process uses a solid-state laser producing 1-μm light, 68 percent of the energy reflects off the irradiated area of the workpiece, resulting in a low coupling efficiency that restricts the penetration depth and weld speed. With a CO2 laser, coupling is even poorer with 88 percent of the light reflected off the irradiated area, making heat conduction welding with a CO2 laser impractical.

Figure 1
Energy from the 1-micron wavelength of the disk and fiber laser helps increase cutting speeds during fusion cutting.

Despite some limitations, heat conduction welding is still hugely popular among manufacturers, particularly in highly visible applications where a rounded edge is a requirement. Think of all the stainless steel appliances in your kitchen, or peek into the kitchen of a restaurant and have a look at all the stainless steel surfaces. Look closely and you might see grinding marks and inconsistent radii from all the manual refinishing that goes into dealing with issues created by conventional welding.

Look at those same parts produced with heat conduction welding with a laser, and you’ll notice that those problems go away. This really drives home the ever-increasing interest in laser welding, particularly in environments where lots of rework is the norm.

With the same laser source and beam delivery system, it’s possible to manipulate the beam density and focus position to weld with the second technique. Deep-penetration welding, or keyhole welding, uses an approximately 0 focus position; that is, the focus is at or near the material surface, creating a high energy density at the workpiece. While coupling efficiency is relatively low in heat conduction welding, with keyhole welding it’s quite high with both solid-state and CO2 laser sources; the coupling efficiency is 10 and 15 percent, respectively.

The process heats the workpiece above the temperature at which vapor formation occurs and forms a vapor capillary through the ablation pressure of the outflowing metal vapor, creating the “keyhole” that gives the process its name. Power densities are from 105 to 106 W/cm2, with the penetration depth dependent on the formation of the keyhole.

This welding technique offers high weld speeds, a narrow heat-affected zone, and substantial weld penetration depth. Because of the low energy transfer and large penetration depth, deep-penetration welding is much more suitable for thick materials or when the weld preparation is surface-to-surface or surface-to-edge. The ideal seam preparation is an edge-to-edge butt joint, though the keyhole process usually can work well for a variety of joint configurations.